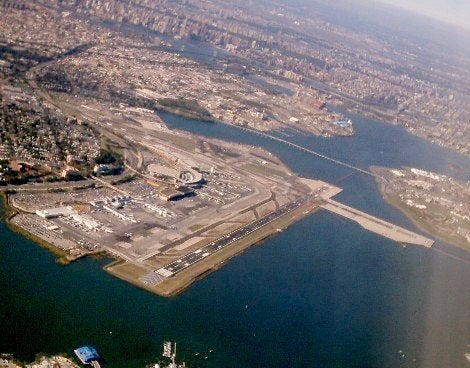 Delta Airlines has broken ground on a $160m renovation and expansion project at LaGuardia Airport in New York to link terminals C and D.

The project includes the construction of a 630ft connector bridge which links Terminals C and D, a new Delta Sky Club in Terminal C and the expansion of security lanes in both C and D terminals.

New York Lt. Governor, Robert Duffy, said the groundbreaking of the expansion at the airport will create hundreds of good jobs for New Yorkers.

"This announcement gives travellers more options for flying across our state and provides a significant boost to our local economy," Duffy said.

Serving for the Delta airlines customers, the new bridge will facilitate them to walk between terminals behind security, providing easy access to departure and arrival gates and facilitate convenient connecting flights.

The expanded terminal is expected to increase the services at LaGuardia by 60%, through further addition of 100 new flights and 26 new destinations by summer this year.

Work at the terminal in JFK will include addition of new baggage handling system, additional Customs and security lanes and a Delta Sky Club.

Delta chief executive officer, Richard Anderson, said: "All together, with our expansion projects at JFK and LaGuardia, Delta is investing nearly $1.4 billion in our New York airport facilities."