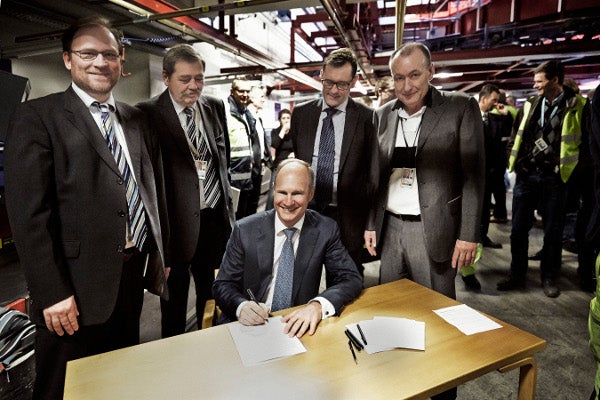 Copenhagen Airport in Denmark has collaborated with three airport handling firms to reduce the processing time for arriving baggage.

The airport has teamed up with SAS Ground Handling (SGH), Novia and Copenhagen Flight Services (CFS) for a nine-week project, which is aimed at achieving a rapid and stable baggage delivery.

As part of the project, the infrastructure and working procedures of both the airport and the handlers will be reviewed and analysed to find potential areas to be improved in the short, medium and long-term.

The data collected from the project will be used to revise the required targets with clear goals that are beneficial for passengers, handlers, airlines and the airport.

Copenhagen Airport COO Kristian Durhuus said the project will allow the delivery of a faster and more uniform service when it comes to arriving baggage.

"This will give them a really good impression of us before they leave the airport," Durhuus said.

The required improvements in the short-term are aimed at implementing procedures that will affect the current year’s summer traffic, while medium-term improvements would require around a year of preparation prior to implementation.

"The project will allow the delivery of a faster and more uniform service when it comes to arriving baggage."

Long-term improvements will be based on wide-ranging and extensive decisions that are to be included in the airport’s master plan, which runs between ten and 15 years in the future.

The airport already has service level agreements with the handling companies, including specific targets for delivering the arrived baggage.

"We’ve already seen a slight improvement in passenger satisfaction with baggage delivery lately, after we and the handlers changed a few things and we improved our infrastructure," Durhuus said.

"But the idea is to use this project to significantly improve our arriving baggage services over the next few years."

Image: Representatives from the partners during the signing of a letter of intent on the luggage project. Photo: courtesy of Copenhagen Airports A/S.