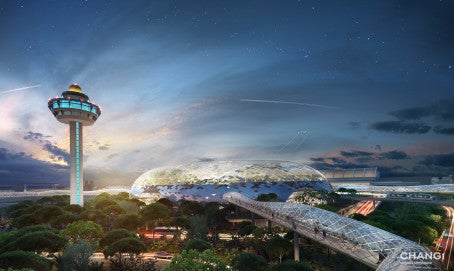 Singapore Changi Airport Group (CAG) has announced that annual passenger traffic at the airport reached 50 million in 2012, marking 25% growth over 2010, when it registered 40 million.

The arrival of flight GA824 from Jakarta to Singapore took the airport over the 50 million-passenger milestone.

CAG chief executive officer Lee Seow Hiang said the airport has grown despite challenges to deliver another record breaking year in 2012 in the face of the weak global economy.

"CAG will continue to invest in infrastructure at Changi Airport to ensure that we keep pace with future growth and that we continually provide passengers with a first class Changi Experience," Hiang said.

CAG recorded a rise of 10.7% in the number of passengers departing from, arriving at and transiting through Changi Airport during 2011, with a further increase of 10.1% for the first 11 months of 2012.

About 4.37 million passenger movements were recorded in November 2012 alone, which marked an increase of 12.2% over the same month in 2011.

The growing number of low-cost travel options and rising demand for intra-Asia travel have contributed to significant growth in the last two years.

A surge in travel to and from north-east Asia and South Asia since the beginning of 2012 coupled with growth in the south-east Asian, Southwest Pacific and European markets has also driven traffic to Changi Airport.

"This is the outcome of our strong partnerships with airlines like Garuda and concerted proactive efforts with them to grow air links and increase flight frequencies," Lee Seow Hiang remarked.

The group, in association with Indonesia’s national carrier Garuda Indonesia, gifted each passenger of flight GA824 with a special pack comprising shopping vouchers and souvenirs, as well as a commemorative certificate of the occasion.

Image: The growing number of low-cost travel options and rising demand for intra-Asia travel have contributed to the significant growth at Changi Airport in 2012. Photo: Changi Airport Group.