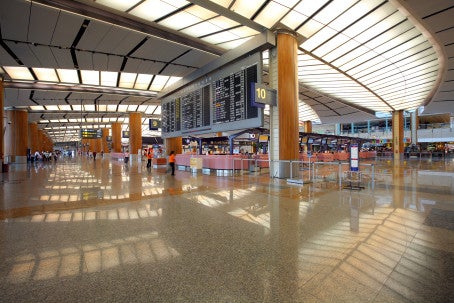 Passenger traffic at Singapore Changi Airport increased 4.8% to 4 million during September 2012, when compared to the 3.81 million passengers handled during the same month in 2011.

Aircraft movements at Singapore Changi rose 4% to 26,500 landings and take-offs in September, with 25,513 movements registered in September 2011.

According to the airport, to-and-fro traffic from the Middle East and Southwest Pacific reported double-digit rises, while Southeast and Northeast Asia reported single digit rises during.

Changi Airport’s passenger traffic throughout the first eight months of 2012 increased 9.9% to 37.63 million, up from the 34.24 million during the corresponding period in 2011.

Changi is planning to build Terminal 4 in 2013, which is expected to add 16 million passengers per year to the airport’s capacity when it opens in 2017.