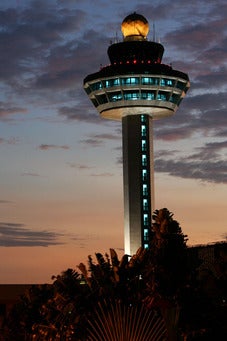 Singapore Changi Airport has reported an 11.2% rise in its passenger traffic in February 2012 to about to 3.77 million passengers when compared to February 2011.

According to the airport, there was strong travel demand across all regions during the period.

Passenger traffic on Singapore and the Middle East route grew more than 20%, while other regions which include the Americas, Europe, South Asia and South East Asia also increased in double digits.

Aligned with the growth in passenger traffic, its aircraft landings and take-offs also reported a 13.1% rise during the period to 24,900 flights when compared to the previous year.

Cargo movements at the airport has increased 12.4% during the period to 143,900t when compared to the same period last year while its cargo movements declined 7.1% in January 2012 due to the Lunar New Year holidays.

The airport has four terminals, serves around 100 airlines operating more than 6,100 weekly flights connecting Singapore to over 220 cities in 60 countries and territories worldwide.

Air freight movements during 2011 rose to 2.8% to 1.87 million t of cargo when compared to previous year.

The airport is planning to construct a new budget terminal, to cater increasing passenger growth, which will facilitate the airport to handle 16 million passengers per year.

Image: Changi Airport has reported an 11.2% rise in passenger traffic in February when compared to the same period the previous year. Photo: Changi Airport