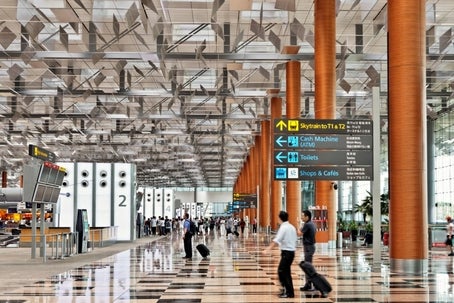 Singapore Changi Airport reported a 4.5% rise in its passenger traffic to 4.36 million during July 2012, when compared to the 4.17 million handled during the corresponding month in 2011.

Aircraft movements at the airport rose 4.6% to 27,100 during the period, including landings and take-offs, with 25,908 movements registered over the same time on 2011.

According to the airport, to-and-fro traffic from the Middle East, Southwest Pacific and the Americas reported a double-digit rise, while Southeast and Northeast Asian traffic, which accounts for 70% of airport’s total, reported a single digit rise during the month.

For the 12-month period, Changi Airport’s passenger traffic and aircraft movements rose 10.3% and 12% to 49.3 million and 318,000, respectively, while airfreight movements at Changi airport remained steady at 1.85 million tonnes.

Airport operator, Changi Airport Group (CAG), is planning to construct a new budget terminal to cater for increasing passenger growth, which can handle 16 million passengers following its commencement of operations.