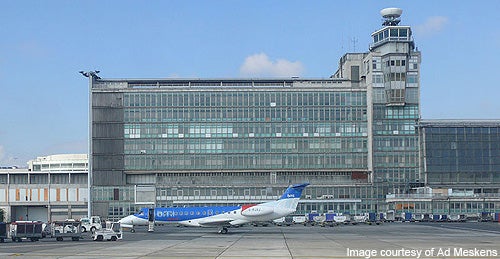 Brussels Airport in Belgium has completed the deployment of Arinc’s new passenger processing systems, which would support the airport’s projected growth.

The contract involved installation of the company’s CUPPS-compliant vMUSETM common use solution on around 500 workstations, in addition to provision of maintenance and support services.

Around 40 CUSS self-service check-in kiosks have been installed, while the VeriPax passenger verification system is incorporated with the airport’s existing KABA gates to control access to the airside terminals.

Arinc has also installed its AviNet global networking solution, which would offer secure WAN connectivity to host systems of airlines.

"In addition, the efficient and cost-effective programme is fully scalable to our airport and can be easily adapted to fit our projected growth," Gehrenbeck said.

"Arinc has also installed its AviNet global networking solution, which would offer secure WAN connectivity to host systems of airlines."

Aimed at supporting any application selected by an airline, Arinc’s vMUSE platform is claimed to maximise the use of airport infrastructure via shared workstations, trimming down the requirement of complex and costly hardware systems.

Additionally, Arinc is also responsible for the provision of on-site support over the contract duration.

Brussels Airport handled around 19 million passengers in 2012, recording a 1% rise over 2011, achieving a traffic record since 2001.

Image: Arinc’s new passenger processing systems deployed at Brussels Airport are capable of supporting any application selected by an airline.