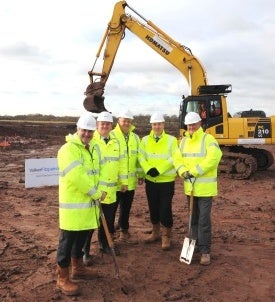 Birmingham Airport in the UK has commenced work on its runway extension project as part of a programme to allow the airport to handle direct long-haul flights.

The £33m project is aimed at extending the runway by 405m to 3,003m and will allow aircraft to fly with more fuel towards long-haul destinations, including China, South America, South Africa and the West Coast of the US.

Birmingham Airport CEO Paul Kehoe said that the strong economic profile of the Midlands is demanding direct connectivity from local airports and allows Birmingham to vie with Manchester for flights towards the US and the Far East.

"Redirecting this traffic back to the Midlands would release high-value, long-haul capacity at London airports and boost the UK’s trading potential," Kehoe said.

"We have plenty of spare capacity at Birmingham now. Our passenger numbers could double from the current nine million a year to eighteen million today, and the runway extension will allow us to increase beyond thirty six million in future years."

Being carried out as part of an extensive plan to boost capacity, the runway extension project would allow the airport to operate flights to distant destinations, following the commencement of operations in 2014.

In addition to the runway extension, the airport will also invest around £9m on resurfacing the whole runway, plus £13m for building a new air traffic control tower and radar system.

Birmingham Airport currently handles about 9.6 million passengers per year, while an investment programme would allow doubling its capacity and expand its services to more routes.

Image: The runway extension project is scheduled to be completed in 2014. Photo: courtesy of Birmingham Airport.