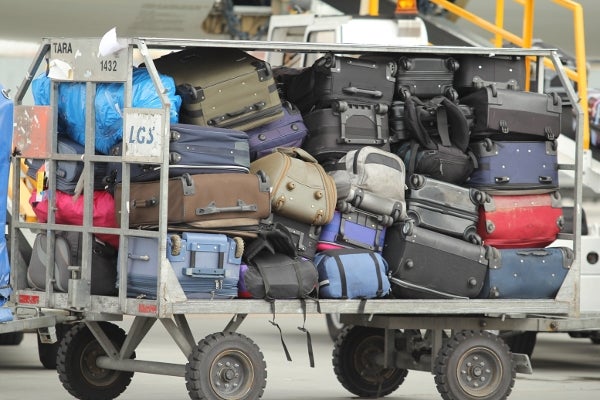 Airline baggage mishandling declined 1.78% in 2012 to 8.83 bags per thousand passengers compared 8.99 in 2011, according to the latest SITA Baggage report.

The report revealed that the improvement in baggage handling was achieved despite a 4.5% rise in passenger traffic during 2011 to 2.95 billion.

During 2011, baggage transfers between flights improved and reported a 9% drop in the number of mishandled bags during the process, known as the ‘pinch point’ in the baggage handling process and the main cause for flight delays.

SITA CEO Francesco Violante said that the industry has made a concerted effort to improve baggage handling operations in recent years through significant investment and innovation.

"Over the past six years, the rate of mishandled bags per thousand passengers has fallen 53.2%, saving the industry US$2.1 billion in 2012 compared to 2007," Violante said.

"While there is still work to be done because any mishandled bag is unwelcome, the six-year trend shows that our collaborative efforts to improve baggage handling are paying off to the benefit of both passengers and airlines."

"The industry has made a concerted effort to improve baggage handling operations in recent years through significant investment and innovation."

Overall, 26.04 million bags were mishandled in 2012, of which, delayed bags accounted for 82.9% of the total, damaged or pilfered bags represented 12.9%, while lost or stolen bags represented 4.2%.

According to Violante, effective bag management is important to enhance passenger satisfaction and contributes to the overall passenger experience.

"With the number of air passengers expected to reach more than 3.6 billion by 2016, we need to continue to work together to improve baggage handling operations," Violante said.

SITA’s BagSmart system offers a predictive warning of missed bags, which would also assist in trimming down mishandled transfer bags and avoid delays related to baggage.

Image: About 26.04 million bags were mishandled globally in 2012. Photo: courtesy of Porty Lotnicze.