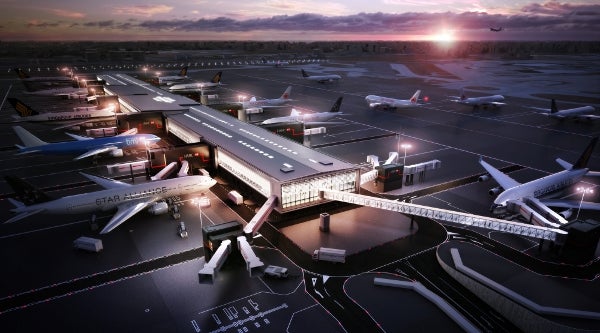 UK airport operator BAA has selected Fujitsu as network integrator for the under-construction Terminal 2 building at Heathrow Airport in London.

The £20m contract will see Fujitsu design and implement network infrastructure to support the 40 airport systems at the terminal, including check-in, security, air conditioning systems and retail outlets.

The £2.5bn Terminal 2 project is part of the airport’s £4.8bn modernisation plan, which will allow it to handle 20 million passengers every year, following its opening in 2014.

The infrastructure will also improve airport operations and management systems, which include flight and information systems, automated public address, as well as resource management, check-in and baggage reconciliation systems.

Building control and management systems, including light control, metering and fire alarm systems, in addition to third-party retail concessions, will also be supported by the network infrastructure.

Fujitsu will start laying the cables for the IT infrastructure from August 2012 with the first of 126 comms rooms completed by early September 2012, while the system integration will run until November 2013.

Testing for the installed systems will begin over winter 2013 and is scheduled to be finished by summer 2014.

The project design phase is nearing completion, while testing and configuration services have commenced ahead of the planned installation in November 2012.

Image: The new Terminal 2 building at Heathrow airport is scheduled to open in 2014. Photo: courtesy of Mott MacDonald.