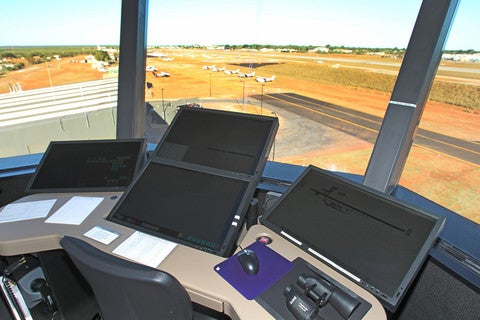 Airservices Australia has opened a A$20m ($20.5m) high-tech air traffic control tower and aviation rescue and fire fighting facility at Broome Airport, the first of its kind in the country.

Airservices chief executive officer Andrew Clark said that the multi-purpose facility ensures the continued safe management of air traffic and the provision of aviation fire and rescue services in the event of an emergency.

"With a significant increase in aircraft movements in the north-west, this facility is a demonstration of our commitment to provide safe, efficient air traffic operations in the region well into the future," Clark said.

By combining flight and operational data, surveillance and voice communications into a single incorporated system, the new ATC tower is expected to improve safety and efficiency.

The fire control centre is located in an observation tower overlooking the airport and is equipped with the latest communications and monitoring systems, while the fire fighting facility will have three vehicles, each with a 10,000l capacity and the ability to shoot water up to a distance of 80m.

"The fire station ensures our aviation fire fighters are better able to respond to any incident within minutes," Clark said.Broome Airport currently handles over 400,000 passengers each year and passenger numbers are expected to rise with growth in mining and tourism sectors.

The Australian agency is also constructing new facilities at Melbourne, Adelaide and Rockhampton airports, as well as upgrading and refurbishing the remaining 24 towers around the country.