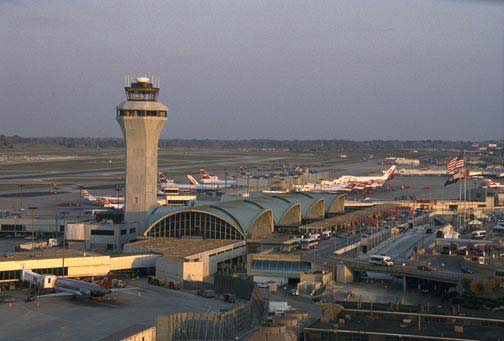 Claimed to be more environmentally friendly and more cost-effective for commercial carriers, the Kilfrost DFSustain Type 1 bio-propanediol is derived from a renewable and sustainable source that generates less greenhouse gas emissions.

ATS Operations & Customer Service vice president Brian Wood said that the company wanted to support the airport’s sustainability initiative and be an active green member of the community.

"We have the ability to now blend the de-icing fluid specific to the local weather conditions, mitigating the impact to the environment, while using a more bio-friendly product," Wood said.

Additionally, ATS also deployed a new Type 1 Glycol Blending System at the airport, which would allow ATS crews to modify the de-icing mix on site as per weather conditions.

According to ATS, the system is capable of reducing material costs, which consecutively can cut down the environmental impact linked with aircraft de-icing operations.

Lambert is the 4th ATS location where the new de-icing blending system has been installed after Edmonton, Calgary and Moncton.

"We hope and anticipate that this type of operation will grow at Lambert and be adopted at other airports in the US," Niebruegge said.

Image: The new bio-based de-icing fluid is being used to perform de-icing operations for commercial airlines operating at STL.