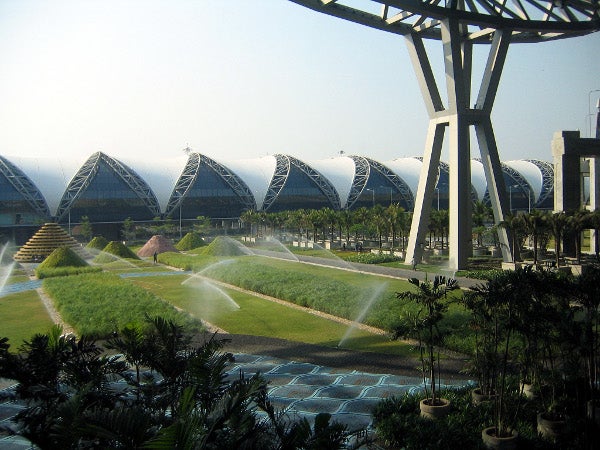 The trial will implement the tool in all phases of flights operating between Changi Airport in Singapore and Bangkok’s Suvarnabhumi airport.

CDM is a management tool which facilitates the sharing of data among the airport terminal and air traffic management (ATM) systems and allows the aviation stakeholders to examine network demand, capacity and constraints.

During the trial, eight daily return test flights will be conducted, with all appropriate information being shared between airlines, airport operators and air navigation service providers (ANSPs) of Thailand, Singapore and Malaysia.

The trial is sponsored by the Civil Air Navigation Services Organisation (CANSO) with support from International Air Transport Association (IATA) and the Airports Council International (ACI).

Accurate sharing of information between stakeholders will also increase predictability in case of unforeseen events or disruption.

According to CANSO, the data collected during the trial will reveal the advantages of CDM and will contribute to the development of a Best Practices manual.

Following the trial CONSCO is planning to implement whole-of-flight CDM between other cities.

The trial follows two years of joint effort which began at a CANSO’s Best Practices workshop in Singapore.

Image: The trial is being conducted between flights operating from Suvarnabhumi airport and Changi airport. Photo: Khaosaming.

Collaborative Air Transport Trial Begins in the Asia-Pacific25 July 2012Aviation partners in the Asia-Pacific have begun a week-long trial to demonstrate the air transport efficiency improvements that can result from "Whole-of-Flight" Collaborative Decision Making (CDM).CDM is a management tool which facilitates the exchange of data between the airport terminal and air traffic management systems. It enables aviation stakeholders to monitor network demand, capacity and constraints, helping them take better informed decisions under rapidly changing operating conditions.The trial implements CDM across all phases of flight between Singapore’s Changi Airport and Bangkok’s Suvarnabhumi airport. Eight daily return test flights are being operated by Thai Airways and Singapore Airlines, with all relevant data shared among airlines, airport operators and Air Navigation Service Providers (ANSPs) for Thailand (AEROTHAI, AOT, Thai Airways), Singapore (CAAS, CAG, Singapore Airlines) and Malaysia (DCA Malaysia).The trial, which began on 23 July and concludes on 29 July, is conducted under the auspices of the Civil Air Navigation Services Organisation (CANSO), and supported by IATA and ACI. AEROTHAI and CAAS representatives co-chair the pan-industry project team.According to CANSO Director Asia-Pacific Affairs Hai Eng Chiang, the project team hopes that the data collected during the trial will demonstrate the benefits of CDM and will contribute to the development of a Best Practices manual. He said:"This innovative project shows what industry can do by working together and CANSO is delighted to have been involved. It is now our job to promote the uptake of whole-of-flight CDM between other strategic city pairs."The trial follows two years of collaboration which began at a CANSO Best Practices workshop in Singapore. In 2011 CANSO’s Operations Standing Committee (OSC) facilitated a regional team meeting during the association’s AGM in Bangkok and since then the team has met a further four times.Remarkable progress has been made since the beginning of the project but particularly in the past 12 months when the team has built the model, and designed the interfaces and methods for exchanging information between all parties.The results of the trial will be published in time for CANSO’s next Best Practice Seminar and Workshop in Cape Town, South Africa from 30 October to 1 November 2012.http://www.canso.org/cms/showpage.aspx?id=342