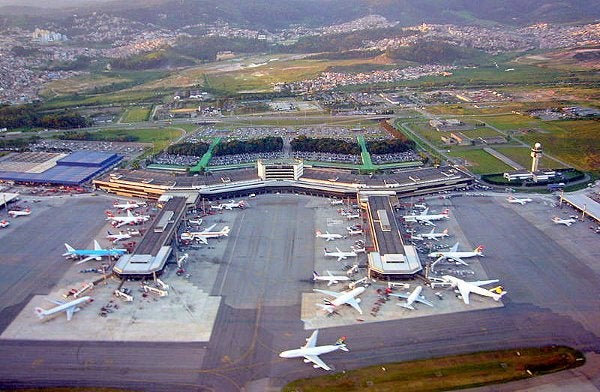 Concessionária do Aeroporto Internacional de Guarulhos of Brazil has awarded a contract to Arcadis Logos to offer project management (PM) consultancy services for the initial phase of a BRL$3bn ($1.47bn) expansion project at Guarulhos Airport in São Paulo.

The development is part of the Brazilian Federal Government’s infrastructure investment programme to support rising passenger traffic numbers at the airport.

Guarulhos Airport is also being expanded to handle the rise in traffic during the 2014 World Cup and the 2016 Olympic Games, both of which are to be held in Brazil.

Work on the initial phase of the project, which is expected to last for 27 months, is scheduled to be completed by early 2014 and involves the construction of a new terminal and enhancements of parking lots, runways, yards and access roads.

The new terminal is set to increase the airport’s total handling capacity to 60 million passengers per year, up from 30 million.

"The new terminal is set to increase the airport’s total handling capacity to 60 million passengers per year, up from 30 million."

Arcadis Logos will employ a team of 50 professional, in addition to staff from Arcadis’s group EC Harris, in a bid to support the project through built asset consultancy.

The private firm Concessionária do Aeroporto Internacional de Guarulhos is a joint venture firm owned by private investors (51%) and state-owned firm Infraero (49%), which was formed following a competition for airport concession.

Image: The expansion will support Guarulhos airport in handling passenger traffic during the 2014 World Cup and the 2016 Olympic Games. Photo: courtesy of Andomenda.