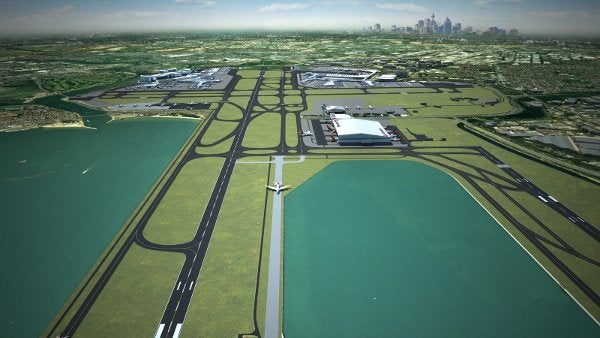 The contract, awarded during the ongoing World ATM Congress 2013, will be the first GBAS system in the country, replacing the older instrument landing systems (ILS) technology, which is a ground-based instrument approach system dependant on radio signals and lighting.

"Installing SmartPath will help meet demand, drive efficiency and ensure that the airport is better equipped to service airlines, fleets and passengers now and in the future," Underwood said.

The system will improve operational efficiency and cut down air traffic noise at Sydney Airport, as well as boost the accuracy of global navigation satellite systems (GNSS) and enhance safety for deployment during aircraft approaches and landings.

Prior to the selection, Sydney Airport, Airservices, Civil Aviation Safety Authority (CASA) and Qantas Airways have tested the system on A380 and B737 aircraft equipped with GNSS landing systems (GLSs).

Airservices, Sydney Airport and Qantas are planning to complete operational testing and assessment of SmartPath by the end of first quarter of 2013, before commencing commercial operations.

"The rapid rate of passenger growth seen at Sydney Airport requires a greater level of precision for approaching aircraft."

The SmartPath system will eliminate the need of multiple ILS systems for multiple runways as it supports 26 simultaneous precision approaches for aircraft on up to four runways.

Installation of SmartPath will reduce tarmac congestion and boost capacity as it will facilitate short-hold taxing of aircraft.

Following the development as a major international hub for the Australian and Asian region, Sydney Airport served 36.9 million passengers in 2012, up 3.6% when compared to 2011.

Honeywell has deployed its SmartPath at Bremen, Germany, and is currently operational at Newark Liberty International in the US, while the systems are being deployed at Rio de Janeiro in Brazil, Malaga in Spain, and Memphis, Tennessee, and Houston, Texas, in the US.