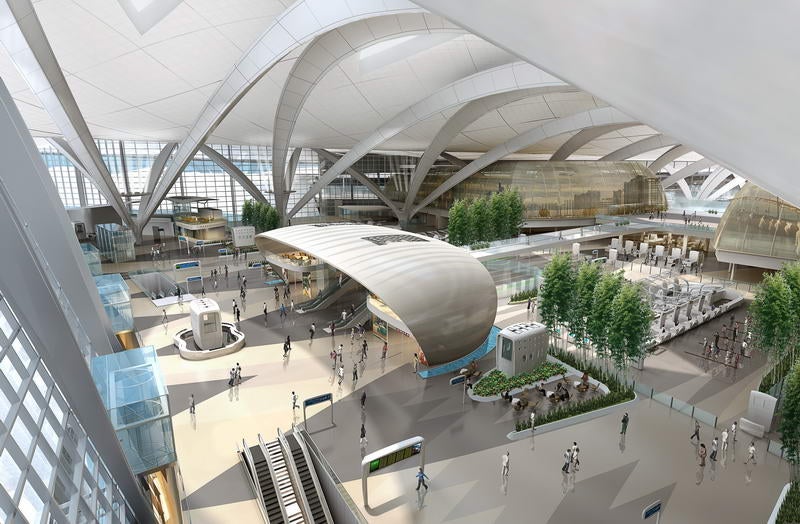 A consortium of Arabtec Holding, TAV Insaat and Consolidated Contractors Company has been selected by the Abu Dhabi government as the preferred bidder for an estimated $3bn contract to expand the country’s international airport.

The consortium is in talks with the Abu Dhabi Airports Co (ADAC), which is awarding the contract, to finalise all details prior to its signing.

New piers will be developed as part of the upgrade to accommodate as many as 65 aircrafts at a time, including the wide-body Airbus SAS A380 and Boeing 747-800 planes.

According to ADAC, the new terminal will include over 200 check-in counters, capable of handling over 8,000 passengers an hour.

Midfield Terminal will also incorporate 18,000m² of duty-free retail shopping, around 10,000m² of restaurants and cafes, 23 hospitality lounges, a transit hotel, and a heritage and culture museum.

The tender for the expansion was released in 2011 to six pre-qualified groups of joint companies by ADAC and it received all six proposals in November, which were finally reduced to three groups.

ADAC will announce the winner of the contract in June 2012, with the upgrade project scheduled to be completed in 2017.

Image: The Midfield terminal is initially expected to handle 30 million passengers a year and gradually increase to over 40 million. Photo: courtesy of Abu Dhabi Airports Company.