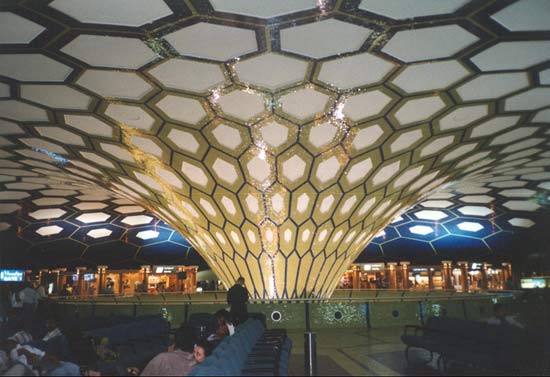 The winning bidder will expand Terminal 1’s interior baggage reclaim area, in addition to other work that includes the replacement or modification of baggage carousels and feed line, the refurbishment of the toilet area and the construction of new offices inside the operational areas.

Work under the project will be implemented while the airport is operational, and carried out in compliance with ADAC’s operational requirements and Abu Dhabi Municipality build permit criteria.

Abu Dhabi International Airport is also set to complete its new travellers’ tunnel, which will connect the departure terminal to the under-construction arrival hall.

"Work under the project will be implemented while the airport is operational, and carried out in compliance with ADAC’s operational requirements and Abu Dhabi Municipality build permit criteria."

Completion of the project will shorten the distance between the arrival hall and parking area from 140m to 20m.

The airport’s new tunnel and expanded arrival lounge is expected to help ADAC implement other development works to boost the airport’s passenger capacity.

As part of its capacity enhancement plan, ADAC is expanding the baggage handling system, creating 20 new departure gates, building a new business lounge and a new gateway for the A380.

Other development projects include the renovation of the northern runway and the creation of nine new aircraft parking spaces.

Work on the terminal 3 modernisation project, which will be carried out along with Abu Dhabi contractor Fibrex Construction Group, includes the addition of two new passenger buildings and a link bridge.

Upon completion in February 2014, Terminal 3 will incorporate a 3,200m² Etihad Business Lounge, transfer passenger screening facilities in addition to a steel-framed passenger link-bridge that connects the building with Terminal 3’s departures level.