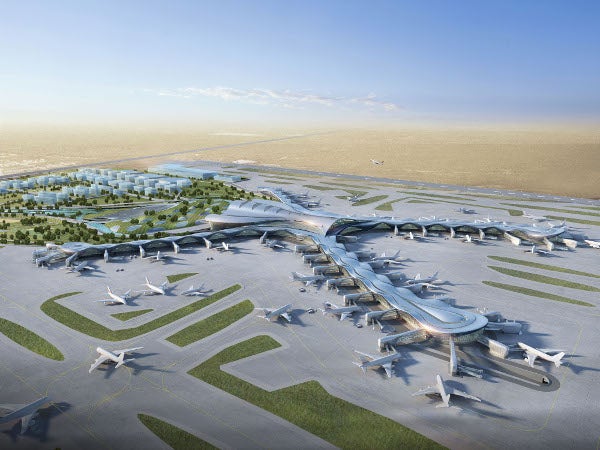 Abu Dhabi Airports (ADAC), the operator of Abu Dhabi International Airport in the UAE, has awarded an AED 943.11m ($257m) contract to Transportation Infrastructure Business of L&T Construction for the development of its Midfield Terminal Complex.

Serving as the new gateway to Abu Dhabi, the 700,000m² terminal building is one of the key strategic infrastructure projects to be undertaken in the UAE capital, and will be initially capable of serving 27 million passengers per year.

As part of the contract, L&T will be responsible for the construction of concrete hard stands for aircraft parking around the new MTB, including contact and remote stands.

Airside work includes construction of taxi lanes along the apron parking stands, as well as a tunnel on the airside to link the taxiway connections to the current airside infrastructure.

"L&T will be responsible for the construction of concrete hard stands for aircraft parking around the new MTB, including contact and remote stands."

The project is scheduled to commence in April 2013 and will last for a period of 28 months, with anticipated commissioning of the airport terminal complex by 2017.

The airport unveiled plans for MTC in November 2009 and a joint venture (JV) of Arabtec, TAV Construction and Consolidated Contractors Company was awarded AED10.8bn ($2.93bn) contract for its construction in June 2012.

Approval for the construction of MTC was received in February 2012, while Aecom Technology was awarded a $85m contract to offer construction management services.