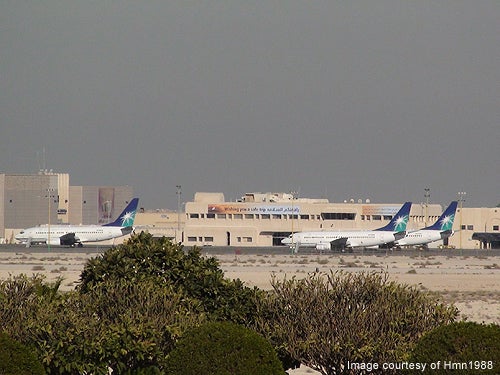 Zinwave said its DAS technology has been chosen as it can support all private mobile radio (PMR) standards including TETRA, c2000, P25 and all frequency bands used for public safety communications.

The company also claimed that its DAS technology also supports non-standard TETRA frequencies bands including the 350MHz-360MHz, which is used for critical radio communication in Saudi Arabia.

Installation of the system claimed to ensure optimal coverage in all terminal buildings and hangars, underground tunnels and communications rooms for maintenance, public safety and security purposes.

Complying with all private mobile radio (PMR) standards including TETRA, c2000 and P25, the system is also capable of supporting LTE and Wimax services at any frequency bands that are currently assigned on a global basis.

System 3000 in-building wireless solution is compatible with PMR as well as commercial cellular networks on a single hardware layer, while eliminating the requirement of complex multi-layer infrastructures.

"Our DAS technology also supports commercial cellular frequencies on the same hardware layer so the multiple services needed in an airport infrastructure can be provided from a single installation, offering future-proof advantages and delivering rapid ROI," Abrey said.

According to the company, the system can support any combination of services and frequencies between 150MHz-2700MHz on a single installation, while can also be expanded without any upgrade or equipment overhaul.