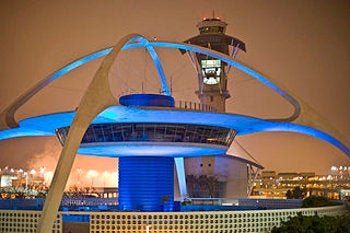 US-based United Airlines is gearing up to refurbish three terminals at Los Angeles International Airport (LAX) with a planned investment of $400m.

The Daily Breeze reported that major upgrades include a 29,000ft² premium airline lounge at Terminal 7, citing a report filed with the Los Angeles Board of Airport.

"Other than minor improvements, UAL’s passenger operations has not been materially changed in the last 30 years, and thus, does not provide comparable standards, amenities, and aesthetics realised at other international and national airports around the world," the report noted.

It was further revealed that Los Angeles World Airports will meet the expenses for the majority of the work undertaken by United Airlines with cash and rental credits, costing them a total of $425m, of which $378m is for improvements and $47m in interest.

"Major upgrades include a 29,000ft² premium airline lounge at Terminal 7."

Some of the security-related works are to be funded by the Transportation Security Administration, according to the report.

United Airlines is expected to pay for the airline-specific works such as specialty lighting and finishing works, in order to highlight the airline’s brand.

United Airlines’ latest developments are said to be on the back of recent upgrades at other terminals of LAX operated by the company’s rival firms.

Delta Air Lines is understood to be receiving over $200m for the renovation of terminal 5, while Southwest Airlines is also intending to upgrade terminal 1 with estimated costs of around $400m.

Meanwhile, the Los Angeles Board of Airport is expected to approve the plans during its scheduled meet on 17 September 2013.