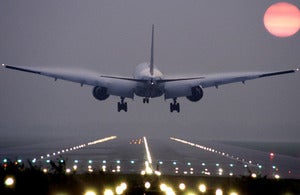 The UK must build new runways in the South East England in the coming years in order to address the growing aviation demand, according to Airports Commission chair Sir Howard Davies.

The Airports Commission, which was established by the UK government in 2012, has been looking into airport capacity in Southern England and is set to publish potential schemes by the end of this year.

The final report covers the UK’s international connectivity needs, recommendations for the optimum approach to meeting any needs, as well as ensuring that the need is met as expeditiously as practicable within the required timescale.

The report is due to be published after the 2015 general election.

In his recent speech ahead of the publication of an interim report, Davies said that the commission’s provisional conclusion is that the country will need some net additional runway capacity in South East England in the coming decades.

"The report is due to be published after the 2015 general election."

"To rely only on runways currently in operation would be likely to produce a distinctly sub-optimal solution for passengers, connectivity and the economy and would also almost certainly not be the best solution in terms of minimising the overall carbon impact of flights and travel to and from airports," he noted.

Davies’ first public speech after the creation of the commission may lead to a substantial increase of chances of expanding Heathrow and several other airports in southern England.

"A mechanism for managing the carbon impacts of aviation will be needed if the UK is to achieve its statutory carbon targets, just as it will in other countries.

"This is the case whether new runway capacity is provided in the south east or not," Davies added.

Image: The commission’s provisional conclusion is that the country will need some net additional runway capacity in the south east of England in the coming decades. Photo: courtesy of Airports Commission.