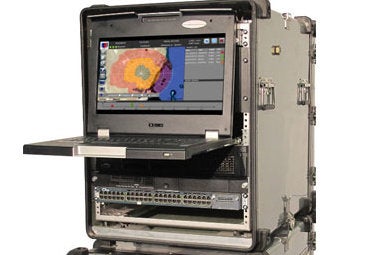 Designed for both civil and military airspace surveillance, the new system will be co-located with the radar and be used to detect intrusions capable of disturbing air operations.

Monitoring operational data, the new CybAIR RadBox alerts the client of any abnormal radar behaviour, and carries out technical and operational supervision roles, while allowing operators to visualise the operational consequences of a cyber attack.

ThalesRaththeonSystems claims that the system is capable of detecting any kind of cyber attack, such as zero-day incursions that exploit an unidentified vulnerability in the system, and attacks by an insider on a protected network.

"The new system will be co-located with the radar and be used to detect intrusions capable of disturbing air operations."

The system is capable of fully interoperable with operational security centres, and complements traditional system and network protection solutions.

Image: The new CybAIR RadBox is capable of detecting even zero-day incursions that exploit an unidentified vulnerability in the system, and insider attack on a protected network. Photo: courtesy of ThalesRaytheonSystems.