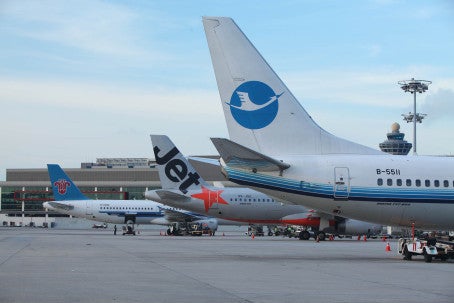 Singapore Changi Airport has reported a 7.7% rise in its passenger traffic during March 2013 to 4.61 million compared to the 4.2 million passengers handled during corresponding month in 2012.

According to Singapore Changi Airport, the traffic rise was mainly due to the increase in holiday travellers over the Good Friday long weekend.

Passenger traffic to and from Northeast Asia, Southwest Pacific and South Asia all supported rises during the period.

"According to Singapore Changi Airport, the traffic rise was mainly due to the increase in holiday travellers over the Good Friday long weekend."

The airport is anticipating strong growth in travel demand during summer 2013 within Asia, which will boost capacity on several sectors including Bangkok, Phuket, Penang, Danang, Yangon and Coimbatore.

Changi Airport is planning to invest $485m for the construction of a new Terminal 4 to replace the existing budget terminal and support passenger traffic growth.

Scheduled to be commissioned by 2017, the terminal is expected to handle 16 million passengers per year, boosting the airport’s overall passenger handling capacity to 82 million annually.