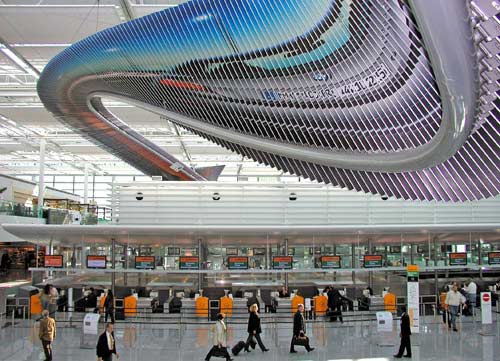 Siemens has received an order from Munich Airport in Germany to expand the baggage handling system (BHS) at Terminal 2.

The contract has been awarded by Terminal 2 Company, a joint subsidiary of Munich Airport and Deutsche Lufthansa, which controls operations at the terminal.

The current order forms part of the airport’s plan to increase the sorting capacity of BHS and the capacity of the early check-in system by 30% by late 2015, in a bid to serve the airport’s expected future passenger traffic growth.

Upon the completion of the new satellite building at Terminal 2, the airport will be capable of serving up to 11 million additional passengers per year.

Munich Airport Terminal 2 Company executive board member Christian Wallner said: "To ensure fast passenger handling in the future, too, we decided on a three-stage expansion of the system together with Siemens."

The current contract includes extension and conversion work, which will be executed during ongoing operation, in addition to the layout, engineering, assembly, commissioning and integration of the system.

"The contract has been awarded by Terminal 2 Company, a joint subsidiary of Munich Airport and Deutsche Lufthansa, which controls operations at the terminal."

Siemens’ delivery for the three phases includes the extension of the current BHS by more 15km by 2015, in addition to installation of two baggage carousels in the arrivals area, two removal carousels in the sorting area and extra conveying equipment.

The company will also be responsible for the delivery of 2,400 new sorter elements in the departure area and 1,000 new spaces for the early bag store system, deployment of 50 more control elements and 5,100 electric drives for the conveyor belts.

Siemens Business Unit Logistics and Airport Solutions CEO Jorg Ernst said that the completion of the third expansion phase will increase the performance of the baggage handling system by one third.

"In this way, our customers can ensure the same reliability and speed as before, despite the growing volume of traffic and stricter security requirements," Ernst said.

The company claims that overall, the system would require about 25 minutes transferring an item of baggage from one parked aircraft to the other, which would make Terminal 2 one of the best international transit airports in Europe.