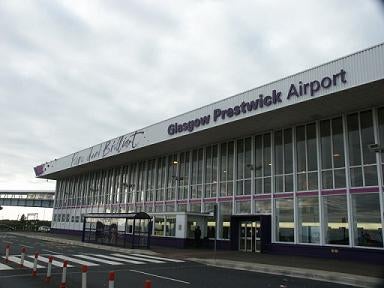 The Scottish Government has acquired Glasgow Prestwick Airport from New Zealand-based Infratil for a nominal consideration of £1, bringing the airport into public ownership.

Infratil sold the airport to TS Prestwick Holdco Limited, which is wholly government-owned.

The purchase price reflected the ongoing investment requirements at the airport.

Currently, the airport has total annual losses of around £7m, according to an estimate by Infratil.

Deputy First Minister Nicola Sturgeon said: "With this deal concluded, we can now focus on the future of Glasgow Prestwick Airport and making it the success we know it can be.

"This acquisition secures continuity of service and we will now begin work, with our local partners, on developing our vision for the business so we can maximise its contribution to the local, regional and national economy.

"Infratil Limited is very pleased to have successfully completed the transaction."

"As we stressed at the start of this process, Glasgow Prestwick Airport remains fully open for business and existing staff remain employed at the airport."

Prestwick Airport was put up for sale in March 2012, following which, the Scottish Government, in partnership with Scottish Enterprise and South Ayrshire Council, worked with Infratil to help find a private buyer.

Infratil chief executive Marko Bogoievski said: "Recognising the importance of the airport to the local communities and regional and national economy, Infratil’s preference has always been to secure a new owner with the capacity to support the future success of Glasgow Prestwick Airport.

"We believe that a Scottish Government acquisition achieves that objective and Infratil Limited is very pleased to have successfully completed the transaction."

In October, the government announced that it has commenced talks to bring Glasgow Prestwick Airport into public ownership in a move that will protect around 1,400 jobs.

The government noted that even though the airport attracted potential investors, it was determined that no private buyer would be able to complete the acquisition in an acceptable timescale to the current owner.

Image: Prestwick Airport has been on the market since March 2012. Photo: courtesy of Raymond Okonski/Geograph.org.uk