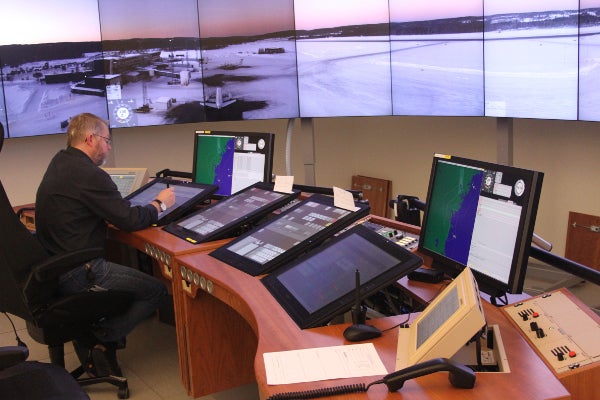 Completion of SAT clears the way for the Swedish Transport Authority to begin the certification process for LFV's Remote Tower Services with full operational certification expected later in 2013.

The system is being deployed, as part of a contract signed in December 2010, at Sweden's Sundsvall and Örnsköldsvik Airports to allow control of air traffic at both airports from a single air traffic control centre through high-resolution video.

Designed to offer a safe and efficient operation of airports, the r-TWR uses digital cameras and other sensors to deliver the situational awareness required to perform remote operations.

The received video and other sensor data will be fed to a RTC and the video will be streamed live to a controller for display on several LCD screens.

Controllers at the RTC can operate all sensors in addition to integrated flight data, airfield equipment, electronic flight strips and other tools associated with air traffic control.

"The r-TWR uses digital cameras and other sensors to deliver the situational awareness required to perform remote operations."

"It also opens the opportunity to merge multiple tower operations into one centre for more efficient services," Kaminski said.

The system also reduces low-visibility procedures, which are responsible for causing delays, by enhancing the reliability of air movement.

Information captured by cameras would allow reproducing traffic situations that enable investigating incidents, while enhancing the safety benefits of the r-TWR.

The r-TWR system, which is also being tested in Australia and Norway, trims down airport control tower construction and maintenance costs, while allowing more efficient staffing of air-traffic services.