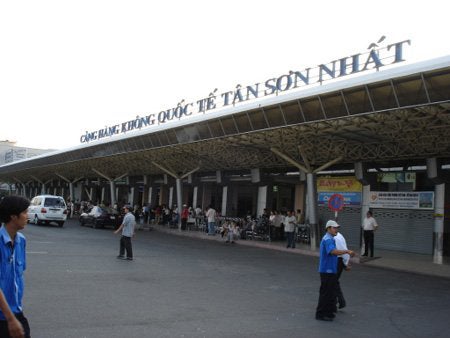 A3000 A-SMGCS has been developed by HITT, which was recently acquired by Saab.

The system will use surveillance data from a new surface movement radar (SMR) to offer the air traffic controllers at Tan Son Nhat International Airport the location and detection of aircraft and vehicles operating on the airport’s runways and taxiways to boost safety and efficiency.

The obtained surveillance data will be integrated with HITT’s Safety Logic conflict detection and alerting algorithms that offers ATCs with better visual and audible warning of potential runway incursion situations.

"With the A3000, controllers at Tan Son Nhat are using the advanced A-SMGCS, built on more than 15 years of continual development and real-world operating experience."

Saab ATM general manager Ken Kaminski said that with the A3000, controllers at Tan Son Nhat are using the advanced A-SMGCS, built on more than 15 years of continual development and real-world operating experience.

"The A3000 also provides VATMC with a flexible system that can grow with the airport and expand to include solutions such as electronic flight strips and collaborative decision-making systems," Kaminski said.

According to Saab, the A3000 system will also allow integrating multilateration and automatic dependent surveillance-broadcast (ADS-B) surveillance in the near future.

Controllers at Tan Son Nhat will also be able to record and replay the voice communications synchronised with the traffic display picture and Visual Control Room, in addition to apron controller working positions.

Image: The system locates and detects aircraft and vehicles operating on Tan Son Nhat International Airport’s runways and taxiways and boost safety as well as efficiency.