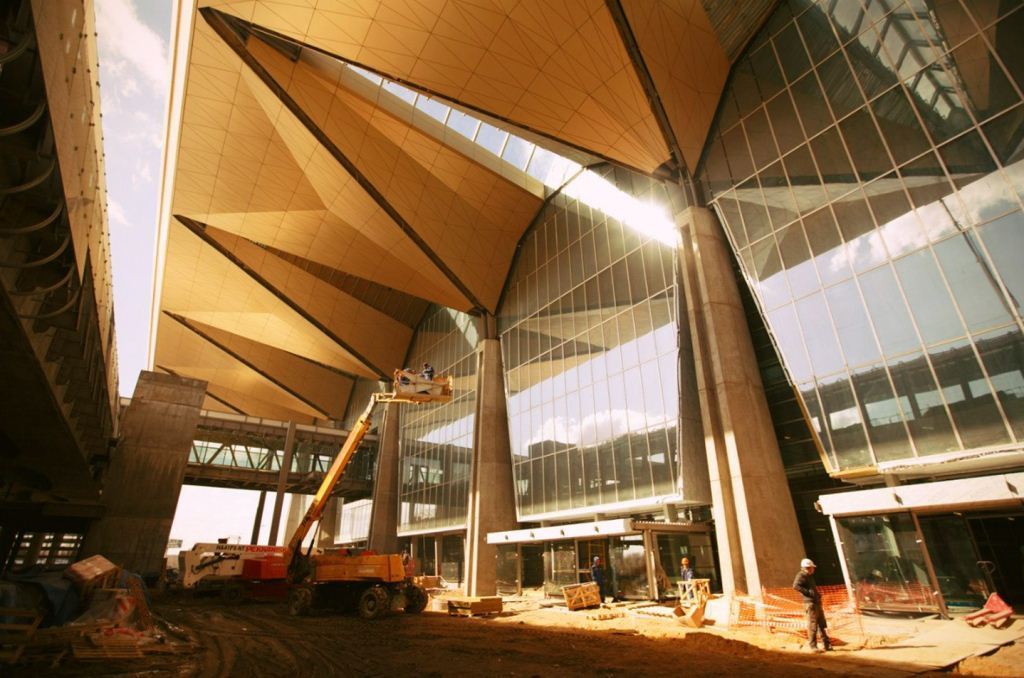 The Pulkovo Airport in St Petersburg, Russia, has entered into the final phases of the construction project, and is set to welcome its first passengers in January.

Operational readiness and airport transfer testing are currently underway at the Pulkovo Airport, which is Russia's fourth largest airport and a crucial gateway to the region.

This phase of construction at Pulkovo Airport is part of a €1bn PPP development programme, and Russia's first.

The expansion project will double the annual passenger capacity of the airport to 17 million.

For the project, lead consultant Ramboll provided expertise in design as well as a full range of engineering disciplines, from civil engineering and geotechnics to structural engineering, acoustics and building services.

The key points of the design include glazed facades with views towards St Petersburg and a long-span roof with 25m concrete supporting columns, reminiscent of angular soviet forms from the city, which create space, light and height for passengers.

Ramboll, which collaborated with client the Northern Capital Gateway (NCG) consortium, worked to implement this design and took five years to realise.

"We have been able to push the technical boundaries of innovation in Russian aviation."

The company focused on delivering the main terminal's dramatic design, while completing the programme in cost-effectively within tight time constraints, and with maximum flexibility to allow future airport growth.

Ramboll director Shonn Mills said: "It has been a fascinating project to work on, and one where we have been able to push the technical boundaries of innovation in Russian aviation."

In order to complete the project, its team overcame several challenges, including the large scale of the building and the extreme variations in the local climate.

The existing airport has remained open throughout the construction project.

NCG consortium was awarded a 30-year concession in 2008, appointing Ramboll and architects Pascall + Watson to develop phase I of the redevelopment and construction programme.

Grimshaw Architects developed the initial competition winning concept for the terminal and surrounding airport city in 2007.

Image: The expansion project will double the annual passenger capacity of the Pulkovo Airport to 17 million. Photo: courtesy of Ramboll.