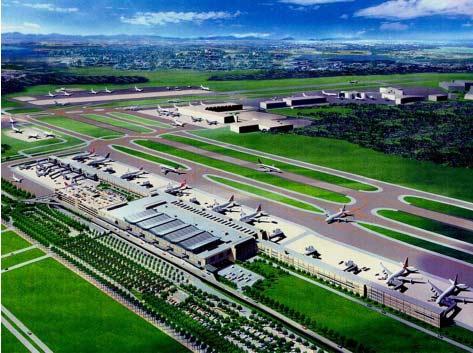 The Philippines Department of Tourism (DoT) is undertaking a feasibility study for a proposal to develop a dual airport system for Diosdado Macapagal (Clark) and Ninoy Aquino international airports.

Philippines Regional Development Council (RDC) chairman Oscar Rodriguez said: "The proposed development of NAIA, as well as the idea of a new airport in Sangley point in Cavite, would not stop the council from pursuing its appeal for the national government’s support to CIA as the key international passenger gateway in this part of the island."

RDC small and medium enterprises private sector representative Rene Romero said that they have a potentially large market to sustain operation of an international gateway.

"We should not be bothered by the proposal for the development of an international airport south of Manila," Romero said.

"Southern Luzon has a population of 27 million, while we have 23 million here in Northern Luzon."

Rodriguez is also planning to attend the meetings of the RDCs in Ilocos, Cagayan Valley, and Cordillera to seek their support for the proposal.

Pampanga vice-governor Joseller Guiao revealed he had pressed the need to pass a bill affirming Clark Development and Clark International Airport as a single authority, which would enable administrators to execute their plans and programmes on a sustainable future.