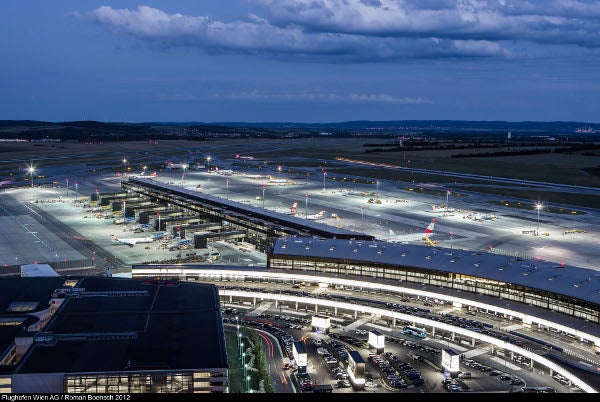 Aircraft movements at the airport increased 0.5% to 22,053, while cargo and maximum take-off weight (MTOW) reported 10.2% and 1.9% declines respectively.

The airport's transfer passenger numbers increased 1% to 729,184 over July 2011, and domestic passenger traffic rose by 2.2% to 1.45 million during the same period.

Passenger traffic at Vienna Airport during January to July 2012 increased 6.8% to 12.6 million.

"Passenger traffic at Vienna Airport during January to July 2012 increased 6.8% to 12.6 million."

Cargo traffic during the initial seven months declined 8.3% to 150,032t over the previous year.

Vienna airport is expecting stable growth in its passenger volume during the second half (H2) of 2012, following the capacity modifications by the operating airlines.

The airport operator Flughafen Wien, however, confirms its projections for 2012 with an expected passenger traffic rise of 4% to 5%, stable in-flight movements of 0% to 1%, as well as a 2% to 3% decline in airport's MTOW.

Image: Passenger traffic at Vienna airport is expected to be stable during H2 2012 in view of capacity modifications by airlines. Photo: courtesy of Flughafen Wien AG / Roman Bönsch.