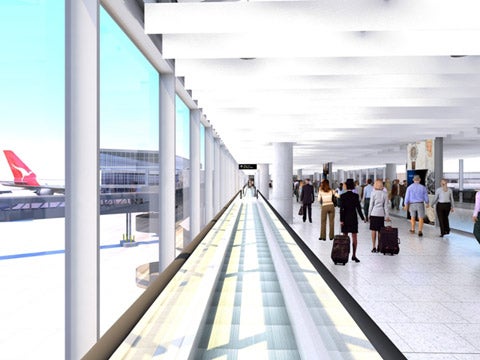 Melbourne Airport has reported a 7.8% rise in its overall passenger traffic during July 2013 to 2.7 million, growing from 194,800 passengers it handled during the corresponding period in 2011.

Melbourne Airport CEO Chris Woodruff said that as the home base for Jetstar and Tigerair, Melbourne is experiencing domestic aviation growth and early works of new T4 domestic terminal project will support this growth.

Passenger traffic at the airport during the 12 months ending July 2013 surpassed 30 million, which is its highest traffic handled to date.

"Passenger traffic at the airport during the 12 months ending July 2013 surpassed 30 million."

"During the month, the Federal Government also approved the plans for extension of Airport Drive, which will provide an alternative entry point directly off the M80 Western Ring Road for traffic coming from the West or into our busy business park and freightprecinct," Woodruff added.

"The works are part of our transformation of Melbourne Airport, which will include a major upgrade and expansion to our international terminal with new aircraft gates and check-in counters, and efficiency improvements in baggage and border processing areas."

The Australian Government has also approved the $400m redevelopment to be carried out under the Southern Precinct Program, as part of the $10bn investment project over the next 20 years.