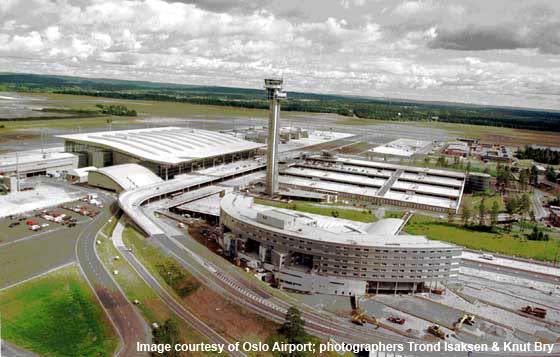 Passenger traffic at Gardermoen Airport in Oslo, Norway, rose by 2.5% during May 2013 to 2.01 million compared to the corresponding period in 2012.

During May, the airport’s international passenger traffic increased by 5.5 %, while the domestic traffic dropped 0.6 %, which was effected mainly by several holidays in May, along with a strike in Widerøe.

The airport witnessed 20,261 aircraft movements including departures and arrivals for the month, down 1.2 % compared to May 2012.

"The significant growth in international traffic indicates that a lot of people used the extended weekends to go abroad."

Oslo-Trondheim remained the airport’s busiest route for the month with 167, 283 passenger transfers, up 2.7 % over 2012, whileBergen, Stavanger and Copenhagen all witnessed declines in traffic when compared to May 2012.

Gardermoen Airport witnessed the largest passenger traffic rise on route to London, which rose by 8% during May compared to the corresponding period in 2012.

The airport is undergoing an expansion, which started in 2011, with an expected investment of €700m.

As part of the project, the airport opened new taxiways in May 2013 to make way for the commencement of the construction of the North Pier, while three new security lanes would be commissioned during June including a separate security lane for families.

Following completion of the project in 2017, the airport will feature a new pier with 21 aprons and a new baggage system.

Image: Aircraft movements at Gardermoen Airport reached 20,261 in May 2013.