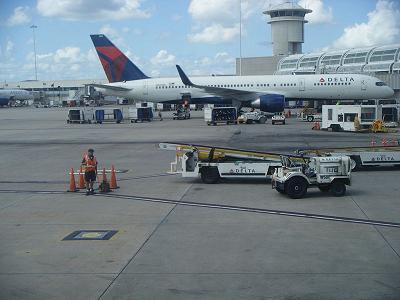 The officials of Orlando International Airport have approved a $1.1bn expansion and improvement project to address the increasing tourism industry demand fuelled by the city’s theme parks.

The project includes four additional international gates, an automated people mover, improvements to the ticket hall and baggage screening areas, and a rail terminal to support All Aboard Florida, a train service between Orlando and Miami that is being backed by private investors.

It will increase the airport’s annual passenger capacity to 45 million, allowing it to cater to the expected increase in traffic as a result of the new area at the Disney Animal Kingdom theme park, which will be based on the Avatar film franchise.

Passenger traffic at the airport is expected to increase to 40 million by 2016.

Greater Orlando Airport Authority (GOAA) chairman Frank Kruppenbacher said: "This community is exploding. We’ve got to be prepared for it because it’s coming."

The project will be financed partly through a $543.5m in revenue bonds, which will be supported by revenues from Federal Aviation Administration-approved passenger facility charges and airport concession.

GOAA executive director Phil Brown said that requests for proposals will be sent to investment bankers by the end of the year to prepare the first $150m-$180m issue for the first quarter of 2014.

The new project also includes a plan to commence the final design and construction of a new $1bn terminal, after the annual traffic reaches 40 million passenger target and 2 million flight arrivals.

The new terminal is expected to open in 2019; however, financing details for its construction have not been established.

Orlando International Airport opened in phases in 1981, and additional expansions were taken up in 1991 and 2009.

Image: The $1.1bn expansion of Orlando International Airport will increase the annual passenger capacity to 45 million. Photo: courtesy of Dough4872.