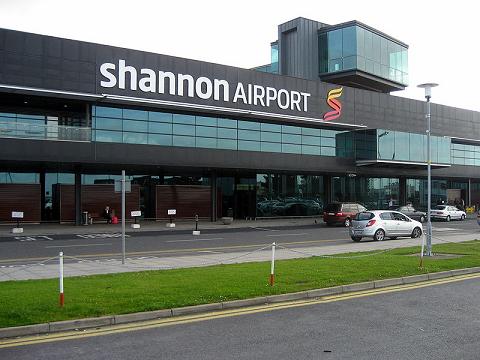 Oncam Grandeye, a Switzerland-based provider of security solutions, has won a contract to provide 360-degree surveillance cameras at Shannon Airport in Ireland.

Scotland-based Video Management Systems (VMS), which selected Oncam Grandeye’s technology, will act as the local integrator on the project.

The cameras will be controlled and managed through Titan Vision, VMS’s IP CCTV video management and PSIM solution.

As part of the contract, the 360-degree cameras have been installed at the boarding gates in the large, congested area used by low-cost airlines to ensure passenger safety.

Other cameras were placed in the arrivals area, which features vending machines, ATMs, car-hire desks and pay stations for the car park.

Shannon Airport security manager John Francis said that the PTZ (pan-tilt-zoom camera) was always positioned the wrong way when something happened, and was sometimes left zoomed in by an operator.

"This is never the case with the 360; we see everything," Francis added.

"We required total situational awareness for this location, but it had to be discrete and customised while the costs had to be as low as possible."

"The cameras will be controlled and managed through Titan Vision, VMS’s IP CCTV video management and PSIM solution."

VMS selected Oncam Grandeye 360-degree cameras as they offer several advantages such as cost savings as they lower camera counts for any location, retrospection capability as the camera offers 24/7/365 situational awareness, and de-warping software that makes an image taken with a fisheye lens smooth and readily discernible.

Oncam Grandeye senior vice president Greg Alcorn said that the company is seeing a sharp rise in the use of 360-degree technology.

"It’s gratifying to see more companies and security professionals recognising the power of our 360-degree technology, and it’s even nicer to have provided them mobile access to their business critical assets through our popular app, OnVu360," Alcorn added.

Shannon Airport, which is considered to be the gateway between Europe and the Americas, handles approximately 3 million people a year, and nearly 50,000 metric tonnes of freight is transported through its cargo area.

Image: As part of the contract, Oncam Grandeye’s 360-degree surveillance cameras have been placed at the boarding gates and the arrivals area in Shannon Airport. Photo: courtesy of Wolf32at.