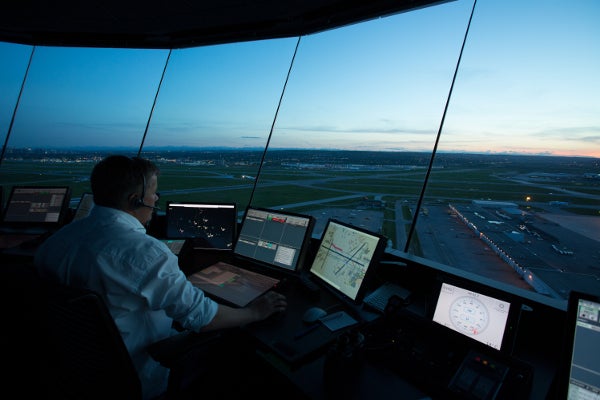 Built as part of the Calgary Airport Authority’s $2bn development programme, the new 300ft tower is the highest free-standing tower of its kind in the country.

Nav Canada Service Delivery executive vice president Rudy Kellar said that the construction of the new Calgary tower was necessary to address changes that are taking place as part of the airport authority’s development programme.

"Its height allows optimal sight lines on to the new 14,000ft parallel runway that is scheduled to be opened in May 2014," Kellar said.

"This will ensure that safety and customer service are maintained and will position us for future growth."

"Built as part of the Calgary Airport Authority’s $2bn development programme, the new 300ft tower is the highest free-standing tower of its kind in the country."

"They also represent a 180-degree change in perspective compared to the old tower, so controllers underwent simulation training well in advance to become accustomed to this difference," Nyman said.

Calgary Tower is also equipped with a Technical Operations maintenance centre that assists onsite technologists in performing required maintenance and repairs on Nav Canada’s navigational aids and other airport equipment.

As part of the tower project, the Canadian ANSP has also incorporated multilateration technology into the already deployed advanced surface movement guidance and control system (A-SMGCS) to offer ATC controllers with enhanced situational awareness of aircraft and vehicle movements on the airport’s runways and taxiways.