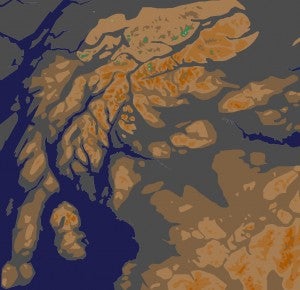 NATS, the UK's air traffic services provider, has commissioned a new safety system at Glasgow Airport in Scotland, which will be used for testing unsafe terrain altitudes in the surrounding area.

The new system has gone live following a six-month successful trial at the airport.

According to NATS, it will allow the air traffic controllers (ATC) to offer flight paths with enhanced precision.

"The system has been verified to trigger when aircraft are either entering a dangerous rate of descent or are in close proximity to the ground."

"It brings improved safety for aircraft and passengers and will give controllers even greater confidence," Wood said.

During the development phase of the system, both parties converted the data obtained from NASA into outline maps, which would work with the systems at Glasgow Airport, with around 24,000 contour points signifying various locations and heights above sea level. It was then extensively tested ahead of its operational use, NATS said.

"The system has been verified to trigger when aircraft are either entering a dangerous rate of descent or are in close proximity to the ground," Wood added.

"We had to ensure that the alerts being raised were valid, as well as proving that no aircraft in danger were failing to trigger alerts."

NATS is also planning to install the newly enhanced system at other UK airports.

Image: The new system provides a 3-D map of the terrain around Glasgow Airport to test unsafe altitudes. Photo: courtesy of NATS.