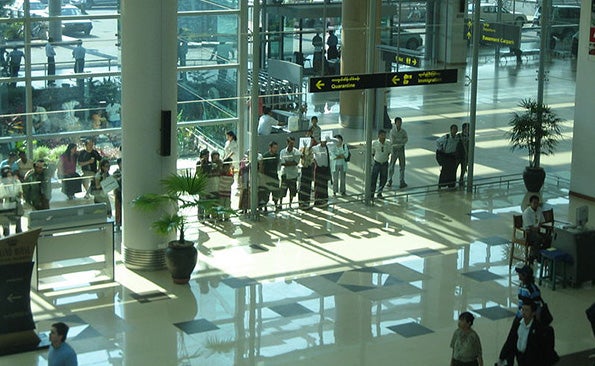 Myanmar is investing in the airport’s infrastructure as part of its efforts to handle more passengers as traffic is expected to surge during the upcoming 27th South East Asian Games hosted by the country this November.

As part of the contract, SITA will also deliver self-service check-in kiosks, which would provide passengers with a quick and easy check-in process.

Yangon International Airport general manager U Win Ko said that the new systems from SITA will help the airport in handling expected traffic growth, while allowing the airport to remain up-to-date with the latest technology and industry standards.

"Since 2008, passenger numbers at Yangon Airport have nearly doubled to three million, and by 2015, we expect to handle more than five million passengers annually," Ko said.

"Over the last year, we have seen the airport grow from 14 to 22 airlines, which means we need to increase our capacity immediately, while also planning for the future."

"SITA will also deliver self-service check-in kiosks, which would provide passengers with a quick and easy check-in process."

The new system would facilitate passenger check-in and boarding processes for the 22 international airlines that currently serve the airport, as well as assist in using the airport’s check-in counters and gate resources.

Following the deployment, the airport will have common-use facilities that enable staff from all airlines to use interchangeably, including 30 new check-in counters and six new boarding gates.

The system will allow passengers to check-in at any of the ten new common-use self-service kiosks deployed at the airport.

"This will put the airport in an excellent position to welcome new entrants and will help set the stage for the significant growth expected in the future," Gutlin said.

Image: The deployment of SITA’s systems at Yangon Airport would support Myanmar’s efforts to serve high passenger numbers during the upcoming 27th South East Asian Games to be hosted by the country in November 2013.