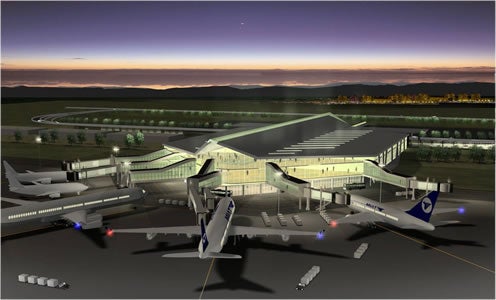 Japanese firms Mitsubishi and Chiyoda have signed a JPY50bn ($492.4m) agreement with the Civil Aviation Authority of Mongolia (CAAM) to build the New Ulaanbaatar International Airport in Mongolia.

The airport will be built around 50km south-west of Ulaanbaatar, the capital of Mongolia, and comply with all the requirements of the International Civil Aviation Organization (ICAO).

Work under the 43-month project includes the construction of a 3,600m-long runway capable of handling large aircraft, in addition to a new 33,000m² terminal with the capacity to handle two million passages per year.

"The airport will be built around 50km south-west of Ulaanbaatar, the capital of Mongolia, and comply with all the requirements of the ICAO."

Additional work involves the deployment of other systems and required equipment, including IT, air traffic control and aircraft fuel hydrants, which assist in the effective functioning of an international airport.

The project is partly funded by the Mongolian Government, which has allocated 10% of its annual budget, while the remaining would be funded through the Japanese Government’s Special Terms of Economic Partnership (STEP) ODA loan scheme.

Aimed at serving the increasing passenger traffic in Mongolia, Ulaanbaatar International Airport is expected to contribute to the region’s economic growth.

Both firms, Mitsubishi and Chiyoda, believe that the severity of Mongolia’s winters could pose a major challenge during the construction period.