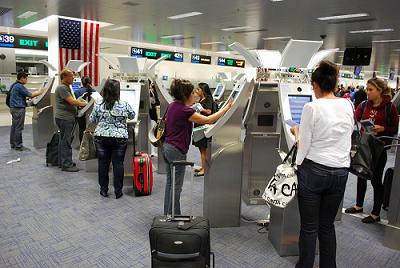 The self-service kiosks allow US and Canadian citizens to have their passports processed in less than two minutes, instead of waiting in line for a customs and border protection (CBP) officer.

The launch of Passport Express was announced by CBP and Miami-Dade County officials.

Miami-Dade County Mayor Carlos Gimenez said: "With faster processing times and greater convenience, we expect the new Passport Express kiosks to be a true game-changer for the millions of passengers from abroad who arrive in our community each year."

"Passport Express also allows CBP to assign more officers for non-US citizens, which improves the arrival process for all passengers."

Miami-Dade aviation director Emilio González said: "We are proud to launch Passport Express for US and Canadian citizens entering the US through MIA.

"Passport Express also allows CBP to assign more officers for non-US citizens, which improves the arrival process for all passengers. We look forward to providing our international travellers an enhanced experience the next time they arrive at MIA."

MIA has witnessed more than 15% increase in passenger traffic since 2010, making it the fastest-growing US airport for international passengers in the last three consecutive years

The total passenger traffic at the airport increased 2.1% through September to 30.5 million travellers, driven by a 4.4% jump in international traffic to nearly 15.2 million passengers.