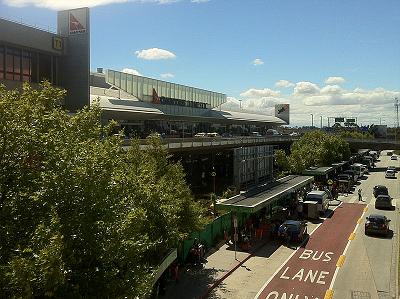 Melbourne Airport has commenced work on a A$1bn ($959m) expansion project, which will create more than 3,000 ongoing and construction jobs over the next two years.

The project is Melbourne Airport’s biggest expansion since it opened more than 40 years ago and will address the rapid increase in passenger traffic at the airport.

"Victoria is growing and over the next 20 years we expect to double our passengers to 60 million," Woodruff said. "We’ve commenced the largest transformation of Melbourne Airport yet to make sure we’re ready to welcome passengers to our great state as we aim to become Australia’s premier airport."

As part of the project, the airport will construct a new dedicated domestic terminal, which will have a capacity to handle ten million passengers annually.

"We’ve commenced the largest transformation of Melbourne Airport yet to make sure we’re ready to welcome passengers to our great state."

The airport has already initiated a A$500m ($479.60m) construction project on the terminal and ground transport hub, which will include pick-up and drop-off bays for the general public, a car park, and facilities for taxis, buses and Skybus, and work on the additional aircraft parking bays.

The international terminal is being upgraded to allow more space, while a major restructuring of the internal road network will help mitigate congestion.

Also included in the plan is investment in freight and logistics facilities, including expansion of freight apron capacity and facilities in its business park to accommodate five leading global freight companies.

"Melbourne Airport is a critical piece of state infrastructure and our investment in our facilities and roads will further strengthen our contribution to Victoria’s economic and social well-being," added Woodruff.

The airport, currently, supports more than 57,000 jobs, either directly or indirectly, and this number is expected to increase to 95,000 by 2033.