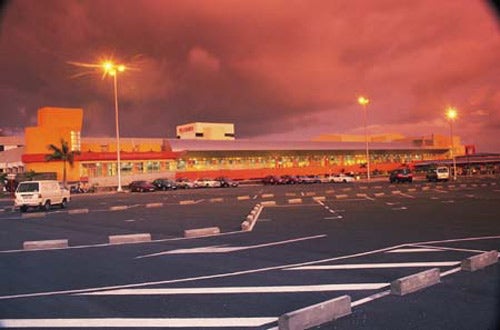 Sir Seewoosagur Ramgoolam International Airport (MRU) in Mauritius has opened a new passenger terminal, a move which increases its capacity to 4 million passengers a year from the current 2.7 million.

Designed by ADPi and Alain Davy the terminal building was built by the China State Construction Engineering with funding of $260m from Exim Bank of China.

The project has been executed by a joint venture between Airports of Mauritius and Aéroports de Paris Management.

The infrastructure at MRU combines an environmental and ecological dimension, in line with with the Maurice Ile Durable concept.

Its architecture features glass and steel, the use of solar energy collected by photovoltaic cells, rainwater recovery and green space within the building.

Among other infrastructure at the new terminal are five baggage claim carrousels, a new aircraft parking site and a landside car park situated in front of the building.

"The project has been executed by a joint venture between Airports of Mauritius and Aéroports de Paris Management."

The existing terminal, which will be revamped, will be integrated to the new passenger terminal, eventually providing MRU with eight passenger boarding bridges.

Specific zones have been identified within the airport for activities and for the development of other commercial opportunities such as an integrated airport city.

Prime Minister Navinchandra Ramgoolam said that the building of the new terminal is one of the major projects undertaken by the government. The terminal will boost commercial exchanges as well as the tourism industry, he noted.

To date, the government has invested a total of MUR1bn ($32.2m) to widen the runway at MRU in order to accommodate bigger airplanes such as Airbus A380.

Image: Sir Seewoosagur Ramgoolam International Airport is estimated to handle 4 million passengers in the near future.