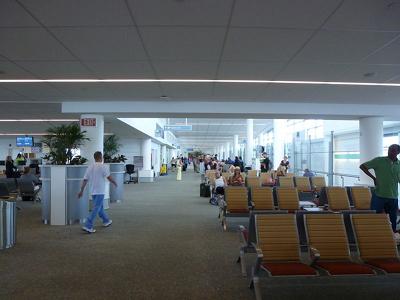 The new 105,000ft² terminal will primarily cater to Bahamian residents travelling to and from the islands of The Bahamas for business and leisure. The expansion project took four years to complete.

Bahamas Minister of Tourism for Obie Wilchcombe said the country has consistently welcomed a record number of visitors in recent years and will continue to be active in attracting visitors to the islands.

"Tourism generates 75% of the GDP, and the new LPIA is a very tangible symbol of our vision for Nassau and our commitment to delivering an exceptional visitor experience, from the time of arrival to departure," Wilchcombe said.

Visitors travelling between Nassau and The Out Islands, as well those departing Nassau for destinations outside the US will also be served.

The expanded 606,000ft² airport has a capacity to accommodate more than five million passengers each year, about 50% more traffic than what it was handling previously.

"Tourism generates 75% of the GDP, and the new LPIA is a very tangible symbol of our vision for Nassau and our commitment to delivering an exceptional visitor experience, from the time of arrival to departure."

LPIA now features an additional one million square feet of aircraft operating surface, which can accommodate large aircraft, including the A380 jumbo airliner.

The airport, which is the largest in the country, includes ten aircraft bridges and 30 aircraft ground loading positions that have the capacity for up to 12 US aircraft, compared to five previously, as well as positions for international aircraft.

The airport redevelopment plan, which is the largest infrastructure project undertaken in the country, was funded by the China Export-Import Bank following a contract agreement in September 2010.

The first stage of the redevelopment, the US Departures Terminal, was unveiled in March 2011, while the International Arrivals Terminal was opened in October 2012.

Image: The $409m redevelopment project has increased the handling capacity of Lynden Pindling International Airport by 50% to about five million passengers each year. Photo: courtesy of Awpitt.