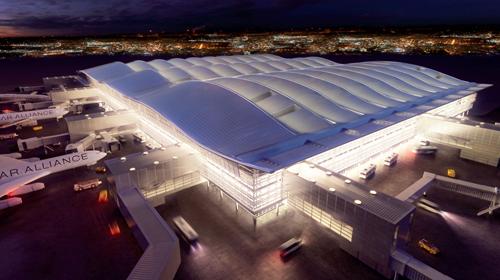 London Heathrow (LHR) International Airport has renewed its contract for ARINC’s iMUSE common use equipment at Terminals 1 and 3.

The LHR Airline Operators Committee (AOC) has renewed the contract for Terminals 1 and 3 until March 2015, and awarded a new contract to ARINC to install iMUSE at Terminal 2.

ARINC will install iMUSE with the new equipment at Terminal 2 to support 378 check-in desks and boarding gates, and will continue to provide ongoing maintenance and support for all equipment.

Heathrow AOC chair David Wilding said that ARINC has built a strong relationship with the committee, having been providing services to the airport since 1999.

"Terminal 2, which is scheduled to open its doors to the public in June 2014, has been meticulously designed around the needs of passengers, with particular emphasis on enabling them to get to and from their flights as quickly as possible," he said.

"ARINC has built a strong relationship with the committee, having been providing services to the airport since 1999."

"ARINC’s iMUSE, by processing passengers faster and more efficiently through sharing airport infrastructure and resources, has a pivotal role to play in this objective, which is fundamental to LHR’s undertaking to provide world-class customer service," Wilding added.

Each year, more than 67 million passengers travel through Heathrow, on services offered by 90 airlines travelling to over 180 destinations in nearly 90 countries.