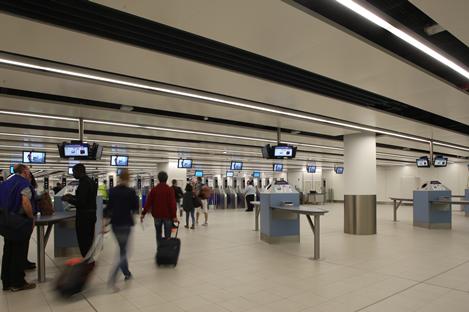 London Gatwick Airport in the UK has served 3.1 million passengers in October 2013, up 4.3% compared with 2.9 million during the corresponding period in 2012.

Passenger traffic on European routes continued to grow at Gatwick, with the number of passengers choosing to fly from London Gatwick increasing by 5.6% to 2.3 million.

The airport witnessed a significant increase in European flights on key business routes, with destinations including Geneva, Luxembourg and Istanbul adding more than 100,000 passengers.

However, this was offset by fewer passengers on charter flights to European leisure destinations.

"The marketplace we operate in is becoming more competitive, which can only be good news for passengers."

The reported loss of traffic to North America fell by 11.6%, primarily due to US Airways ceasing services from London Gatwick earlier in the year. However, the launch of three new Norwegian services to the US in the middle of 2014 will drive growth in the future.

Other long-haul growth increased by 9%, linked to the popularity of business desitnations such as Dubai, Vietnam, Morocco and Sri Lanka.

On domestic routes, passenger traffic to Belfast and the Isle of Man increased by 13,400 and 3,200 respectively; however, the traffic increases were offset by the withdrawal of traffic to some other routes, such as Manchester.

Load factors, which indicate how full the average flight was, stood at 81.7%, in line with the prior year.

"In October, Norwegian announced it will start direct services between Gatwick and the US, including New York, and easyJet’s increasing connections on key European business routes mean passengers now have even more choice in terms of destination and price.

"The marketplace we operate in is becoming more competitive, which can only be good news for passengers."