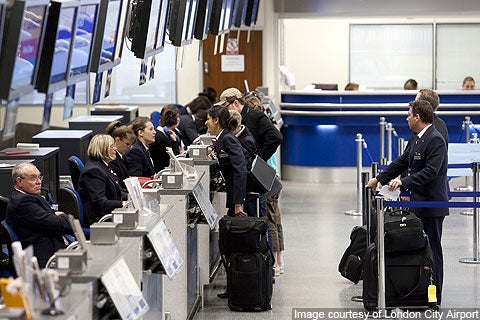 A £200m expansion plan for the London City Airport (LCY) has taken a step forward after authorities submitted a planning application for the infrastructure upgrade to accomodate nearly 120,000 flight movements a year.

Under the expansion, LCY plans extension of the existing terminal in order to maintain its convenience and speed-of-transit propositions; new aircraft parking stands to accommodate larger aircraft; and a parallel taxilane to optimise runway capacity during peak hours.

London City Airport chief executive officer Declan Collier said that the expansion of the airport is vital: "The airport currently employs just under 2,100 people, of which more than 60% are local. The proposed development has the potential to create as many as 1,500 new jobs, providing further employment in east London."

The planning application for the expansion has been submitted to the London Borough of Newham for consideration.

Following completion, LCY is expected to contribute £1,500m every year through business and leisure tourist spend, the operation of businesses onsite, productivity savings and air passenger duty, double the amount that is currently contributed by the airport.