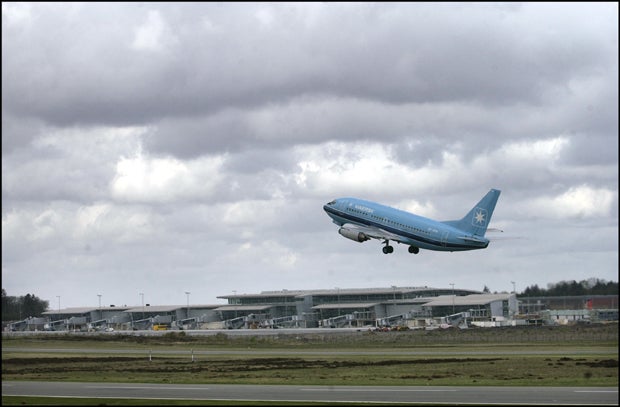 Europe faces a severe capacity crunch that could cost the continent €230bn in lost GDP by 2035, according to Airports Council International (ACI) Europe.

ACI Europe president Declan Collier Collier said that despite the impact of recessionary pressures and the weak economic prospects in major parts of Europe, Europe has done little to make the most of the strategic role that aviation can play in growth and creation of jobs.

"Short-termism, micro-politics, regulatory burden, red tape, bilateralism and the urge to refill the State coffers are the forces that continue to pay havoc with the European aviation sector," Collier said.

"Few European countries have a thoroughly thought-through and fully formulated aviation policy. Long-term challenges are being ignored at our peril."

According to a recent Eurocontrol report Challenges of Growth 2013, Europe would witness a severe airport capacity crunch despite slower traffic growth prospects over the next 20 years.

ACI Europe believes that the shortage of capacity could be because airports have been scaling down expansion plans due to revenue pressures, finances, lack of political support, poor planning and declining confidence.

This would make around 1.9 million flights per year being un-accommodated, together with 237 million passengers being unable to fly.

The capacity crunch will have an adverse affect on countries including Turkey, the UK, the Netherlands, Bulgaria, Hungary, Germany, Poland and Italy, while skyrocketing delay and congestion will highly impact the whole continent, ACI reported.

"Despite the impact of recessionary pressures and the weak economic prospects in major parts of Europe, Europe has done little to make the most of the strategic role that aviation can play in growth and creation of jobs."

"This ‘Challenges of Growth’ report is a warning bell for European aviation. It means that more than ever, Europe’s airports need to be given their licence to plan, finance and deliver new facilities, all within reasonable time frames," Collier said.

ACI also reported that the European Commission is adopting a new regulatory package on the Single European Sky to boost ATM capacity and performance, which is being fully supported by all European airports.

"However, this initiative, while laudable, does not address airport capacity," Collier added.

"All the measures proposed today will be fruitless as long as ATM capacity and airport capacity remain unaligned.

"What use is a three-fold increase of capacity in the air, if there is no matching capacity on the ground?"

According to Collier, the airport capacity crunch will cost airlines and airports more than €40bn of lost revenues per year by 2035.

"In addition, you need to add close to €5 billion in congestion costs. But ultimately, this is not going to be just about aviation, but about Europe’s global relevance and economic performance," Collier said.

"Insufficient airport capacity will cost €230 billion in lost GDP to Europe; that is a lot of economic activity and a lot of jobs that we cannot afford to lose."

ACI Europe also signed a cooperation agreement with the Turkish Directorate General of Civil Aviation to improve integration between the aviation markets of Turkey and the other European countries.

"Passenger traffic has tripled in less than ten years between Turkey and the EU, with more growth opportunities only waiting to be unleashed," Collier added.

"We need a fully liberalised aviation regime between the two partners without waiting for another ten years."

Image: The airport capacity crunch will cost airlines and airports over €40bn of lost revenues per year by 2035.