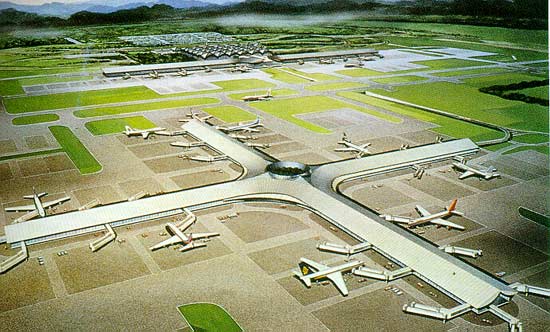 The opening of the new terminal for budget carriers at Malaysia’s Kuala Lumpur International Airport (KLIA) has been delayed to May 2014 due to setbacks in construction, according to the airport operator.

Malaysia Airport said that the $1.24bn terminal, called KLIA 2, is now scheduled to open on 2 May 2014 after contractors revised the completion date to late April 2014.

Originally slated to be opened in mid-2012, it was delayed to June 2013 over design changes and poor ground conditions.

Malaysia Airport said in a statement: "Based on the revised completion date by the contractors, we are targeting to open klia2 for operations on 2 May 2014."

Around 90% of the project is reported to be completed, while the operator claims that costs have not escalated despite the delay.

The expenditure for the project nearly doubled from a previous estimate of $631m in 2011, after Malaysia Airports upgraded the design to boost the capacity to 45 million passengers per year, up from original plan of 30 million.

"Malaysia Airport said that the $1.24bn terminal, called KLIA 2, is now scheduled to open on 2 May 2014 after contractors revised the completion date to late April 2014."

Upon the completion of the project, KLIA2 would be the biggest low-cost terminal in the world, incorporating 60 gates, eight remote stands and 80 aerobridges, plus a 32,000m² retail space with 225 retail outlets.

The new terminal is expected to strengthen Malaysia’s international airport as a significant air hub in the region, competing against Singapore Changi Airport and Thailand’s Suvarnabhumi.

AirAsia, the main user of the terminal, has criticised the multiple delays in the midst of congestion at the existing low-cost terminal.

Located 2km away from KLIA’s main terminal building, the new terminal allows for improved connectivity between the two terminals.

In 2012, KLIA, together with its existing low-cost terminal served around 40 million passengers, which is close to its capacity due to soaring traffic at its budget terminal.

Image: The new budget terminal at KLIA is now scheduled to open in May 2014.