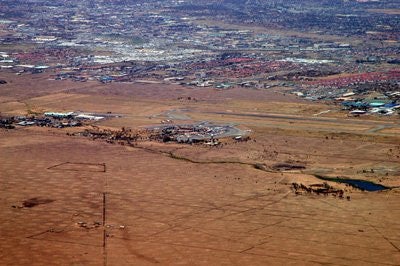 The expansion plan includes construction of a new terminal and a second runway at the country’s main airport, which was damaged by a massive fire in August this year.

According to the government, the proposed expansion is required to address the anticipated economy boost brought about by the expected exploitation of oil reserves.

Although the country has been mulling over the expansion of the ageing airport, which acts as a regional gateway for passengers and cargo, for a long time, the pressure to speed up the plan increased after a fire last month, which damaged the arrivals terminal.

The existing arrivals terminal is now a charred shell, with the authorities relying on a temporary terminal made of giant tents to cater to arriving passengers.

Kamau declined to divulge the details of the banks that have offered funds to the country’s airports authority.

The lenders would not need a government guarantee as they are confident of recovering the money spent on the project, which is expected to commence this year, Kamau said.

Jomo Kenyatta International Airport, which was constructed in the 1970s to handle 2.5 million passengers a year, was struggling to handle over 6 million people annually even before the fire.