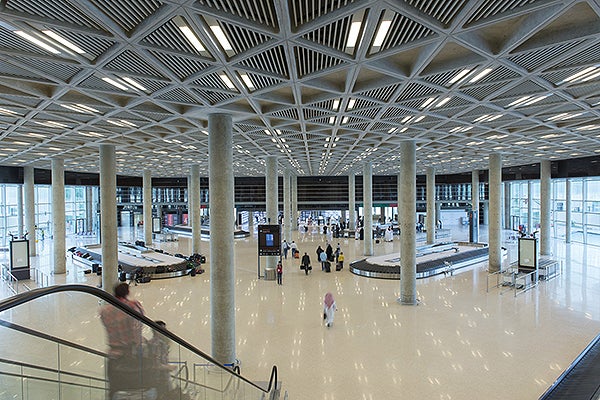 Queen Alia International Airport (QAIA) in Jordan has reported an 11.52% rise in passenger traffic during May 2013, marking a rise for the fifth consecutive month of the year, according to airport operator Airport International Group (AIG).

"However, upon the demolition of the old terminals and the completion of the next expansion phase our passenger capacity will jump to nine million passengers per year, enabling us to absorb forecasted traffic," Binger said.

"We expect to experience continued growth in the upcoming few months, particularly during the busy summer season ahead."

Aircraft movements at QAIA increased 2.88% during the period to 5,755, compared to the 5,594 aircraft served during the corresponding period in 2012.

QAIA started operating its new $750m terminal in late March 2013, which is built as part of a first phase expansion project, and features seven new contact stands, as well as a temporary remote boarding lounge with six gates that allow handling nine million passengers per year.