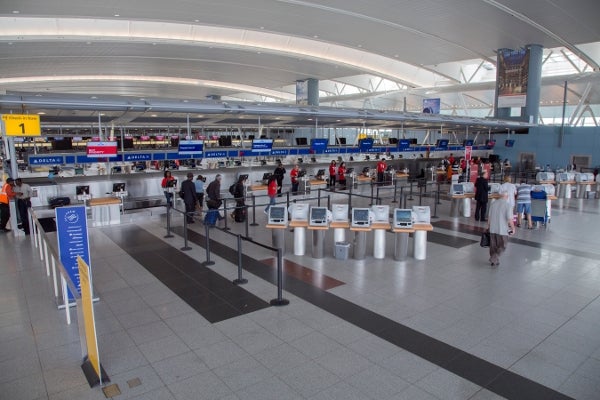 John F. Kennedy International Airport (JFK) in the US has opened the $1.4bn Terminal 4 dedicated for Delta Airlines, as part of the airport’s redevelopment programme, marking the completion of the initial phase of expansion.

Designed by a joint venture between Arup and Skidmore, Owings & Merrill, the new expanded terminal is set to consolidate Delta’s operations and allow shifting of 50-year-old facilities in Terminal 3.

Features of the new terminal include nine new gates and seven renovated international gates, revamped check-in areas, including a dedicated Sky Priority check-in and a centralised security checkpoint, as well as new dining and retail offerings.

The project also involved improvements to the customs and border protection, baggage claim and re-check facilities.

"The new expanded terminal is set to consolidate Delta’s operations and allow shifting of 50-year-old facilities in Terminal 3."

The 346,000ft² expansion almost triples the size of Concourse B, Terminal 4, to two million ft², making it one of the largest terminals in North America.

According to the airport, the latest expansion is in line with original master plan for the terminal by strengthening support of operations within the framework of the terminal’s free space in the central column.

During Early 2013, Delta Airlines revealed plans to commence the second phase of the Terminal 4 redevelopment plan which would involve addition of 11 gates on Terminal 4’s Concourse B.

The Terminal 4’s Concourse B would accommodate about 27 Delta gates and replace Delta’s current Terminal 2 regional jet facility upon the completion in summer 2015.